“There is a sense … that partisan affiliation reflects more than just a voting preference. Rather, it says something about your character.” (NYT 8/17/18)

American culture in 2018. All our days increasingly filled with heated back-and-forth battles between media pundits or rather propagandists. The nation is becoming more and more divided. Jeremy Peters writes in the 8/17/18 NYTimes, “Partisan identification is now a bigger wedge between Americans than race, gender, religion or level of education. The Pew Research Center, which for two decades has tracked demographic and partisan differences on issues like national security, immigration and the government’s role in helping the disadvantaged, found last year for the first time that the gap between Republicans and Democrats dwarfed gaps between people of different races, genders, religions and education levels. nd where you come down on Trump is increasingly a decisive factor in whether or not someone wants to associate with you.”

Some feel a civil war is brewing. Neither side can agree on anything. And the truth is made more elusive than ever by the two sides of the parties and media. At least this is the way it has been in much of my lifetime.

But in the 50s and 60s, the last decades of mass culture in America, there was less of a battle in media as Walter told everyone “That’s the way it is,” and that was it. In my early years there was this one view from those last years of a culture dominated by mass communication of broadcast television of the great broadcasting networks and media groups of newspapers and magazines.

The culture was much the same in the 50s and 60s molded by mass production, consumption and media. Very much molded and still gullible to the selling work of advertising on Madison Avenue or the films from Hollywood. Both of these huge industries followed the demands of its main “client” as the American government.

Somehow, the culture needed to break out of a mold that mass media had shaped them into by creating new consumers via its education system. At least this was the feeling when Elvis appeared on the scene. When the 50s turned into the 60s. It was a time of great strife and hardship from the Vietnam War. But it was also a time of unity (created perhaps much via the Vietnam War) and something new in culture called marijuana and psychedelics. It brought a generation together for the first time. Ground Zero for the meeting was Woodstock. But there developed many “Woodstocks” around the nation after Woodstock.

The government feared this magic unity of this generation in the 60s. There were stories and pictures of Woodstock at the time. Pictures of unity and community. It was an event at the forefront for members of the Baby Boom generation as it moved through its life cycle. It was a time I lived in and experienced.

One of the major movements in media after the 60s, was the break-up of the mass communication markets into segmented niche markets. The trend in American marketing was segmentation of the market into segments. The mass market of the 50s and 60s was broken up into segments and niches. Target marketing and direct marketing became the key marketing methods in the nation. In the mid-80s, I had a marketing consulting firm in Oakland and was good friends with many at Ogilvy & Mather Direct in San Francisco. I took courses from them and worked with them and learned much from them.

The 80s and 90s were filled with the new methods of data mining and things like multivariate analysis and more and more sophisticated methods of chopping up the nation into segments and market niches. Somewhat like academics in America. More and more knowledge about a smaller-and-smaller niche of the academic world. 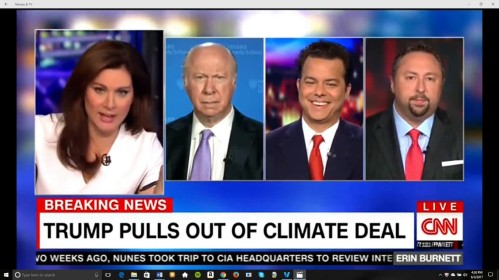 Unity of the nation was very great for a few years after 9/11. But soon, there developed great divisions in the nation. These divisions have never seemed as great to me in my lifetime as they do today.

What can our children learn about truth if its meaning is debated each day between media propagandists on all the screens we stare at each day. Most of us just stare at one “set” of screens dominated by a particular political party.

But for the grand recepient of the “Outside Observer”Award. No, this was simply impossible.

There was that sudden realization that there were always two sides in the constant media battle of our times. Always feminine’s equality against the masculine’s freedom.

The truth is not one thing anymore. Now, it is two things, two viewpoints. Manufactured & packaged each day. Constantly seen on the screens of our lives. Truth manufactured each day by both sides of media. Each side creating its own “fake news,” each side manufacturing its own version of “truth” each day for the events reported in the news.

Much of the controlling forces of media today reside in the Millennial Generation. But is this generation somewhat wearied and disillusioned with the divisions their digital world has created? The development of their generation: the world of artificial intelligence; social networks and digital friends. Is this millennial generation looking for some new type of unity in the middle of all of the increasing diversity of culture today? It’s important question since I have two sons in the millennial generation.

It is interesting that there is discussion about the political implications of an America unified for the first time under one experience. The idea of creating unity seems outside the thinking of any of the current politicians. But the ability to legally obtain marijuana is an entirely different matter. It matters little what side one is one is any so-called marijuana debate. It looks to be a done deal as almost all states will soon legalize marijuana consumption.

In all of the incredible rush to legalize marijuana in America, few have discussed the politics of this legalization. One hardly ever hears the word politics in this world. But perhaps is the American legalization of marijuana in fact very much about politics? One would have to be naïve to feel that the legalization of marijuana in America will not have an effect on mass consciousness of the nation. What is the government involvement in financing the drive to legalize marijuana? Do they view it as a threat to government dominance?

At the same time as America moves towards a national legalization of marijuana, there is also the reappearance of psychedelics in culture. As reported by Michael Pollan in his latest and greatest masterpiece, How to Change Your Mind. The book observes how the re-emergence of psychedelics will come about. How it is already coming about in the nation. Pollan reports on many on-going experiments. And, in true Hunter Thompson style, puts himself through all the modern psychedelics. 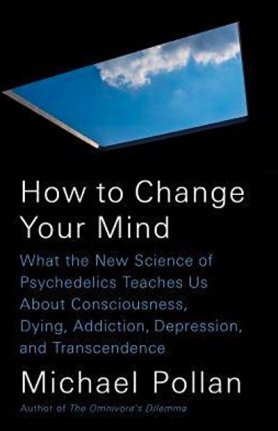 The legalization of marijuana and the rise of a new “supervised” type of psychedelics. Perhaps both forces coming together for the first time in America.

Anyone who doesn’t believe this will have a profound effect on America is naïve.

Might the battling parties in America do something that threatens government more than anything else? Might they come together in some new commonality.

Might the national legalization of marijuana and increasing use of psychedelics in culture contribute more to unity than more division? Might there be a relationship of this modern event to the unity of the baby-boomers of the 60s?

Of course, this unity has always been what government fears. No longer are two parties constantly fighting between themselves. Now, there is an entirely new political party. Much different from any political party seen before. A political party unified not by an ideology but rather by an experience. That is, the experience of smoking marijuana. Perhaps there is room in it for the increasing groups getting into psychedelics in modern America.

A national party based on new insights from exploring marijuana & psychedelics? No matter what divides America now, new state laws allow states to join other states to legalize marijuana. Whatever divides by ideology might be unified by the common experience of consuming marijuana or a psychedelic drug. The idea that the commonality of experience of above might create the basis for a new political party in America.

We seldom hear about legalization creating a new party in America, unifying those on the left and the right. Most often we hear about the negative aspects of not legalizing marijuana rather than this potential, positive unifying outcome.

A common experience might prove to be more powerful in creating  a new political party than a common ideology.

Might the common experience of using marijuana and psychedelics form the basis for a new political party in America?  Might this party offer an alternative to the two-party system that has distracted Americans for hundreds of years? 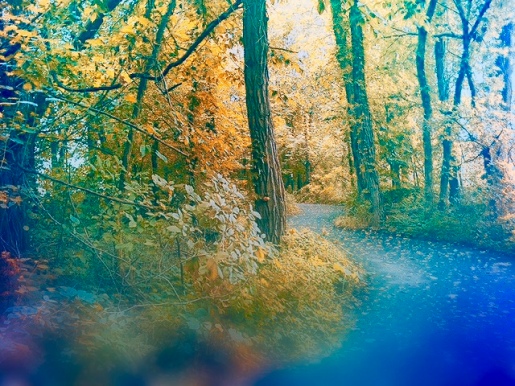 The Trees of Autumn Explode in Color

In the top photo, we haved placed an action figure against Frederic Church’s masterpiece Twilight of the Wilderness in 1860. It was painted on the eve of the Civil War, when its outbreak appeared inevitable. The painting’s subject can be perceived as symbolically suggesting the end of the American wilderness. But it can also be seen for foreseeing the coming conflagration. A great divided nation is in the twilight of its history and a new unified nation is about to be born.

Are we at a similar place today as the action figure in the photo? Looking out over the bright fiery sky of the end of one era and the beginning of another? The sky the colors in the painting are like the colors of trees in autumn when they explode in colors before their leaves fall to the ground and the world gets ready for a new spring.