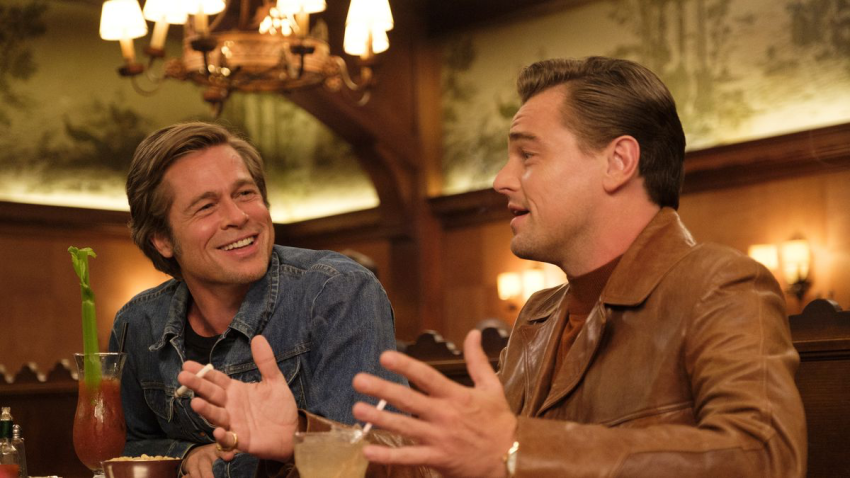 Pitt and DeCaprio / A Fading Cowboy Star and his Loyal Stuntman

Somewhat of a nostalgic day seeing the new Tarantino movie Once Upon A Time in Hollywood. I was born in LA and lived there in most of the 50s. Interestingly, I moved back there to attend UCLA in the summer of 1969. So, it is almost like watching old home movies of the LA I remembered in the late 60s. Not to spoin this brilliant film for anyone (because it is a real spoiler that can be ruined by those who know the ending of the film before they see it. Do not read anything about this film! Just go see it.

Not to give away any of the plot of the film. Rather to put my my two cents in on director/writer of the film Quentin Tarantino. In this later stage of his career, he has began to explore more philosophic perspectives outside the normals of usual film stories such as character development through time. His filmmaking has slowed down from the frantic pace it has taken in the past. He is willing to wait and let scenes develop and not attempt to force viewers into his perspectives.

He is more interested in exploring first the nature of time and what it does to people. in this sense, he expands not necessarily on the western genre of film but what is known as the period piece, or film shot around a particular period in history. In these films, historical scenes in the past are attempted to be created in the most life-like manner. He is interested is expanding the role of the traditional period piece to encompass events of the time. 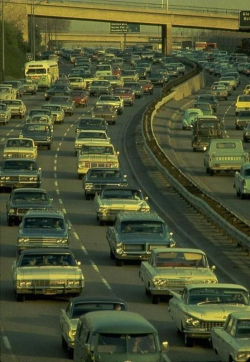 The grand trick in this film is beyond acting alone. The acting is first rate and not to be critiqued. But the great breaktrhough of this film is that it might be one of the few films in history that have changed genres. It is 1969 and there are all the familiar events the audience recognizes. And, there are the actors around a devastating event that would change the nation and end the period of the hippie flower children and much of the 60s decade of hope and drugs and rock-n roll.

Tarantino sweeps us along on a brilliant ride through 1969 in LA. It is so real and true to how I remembers it living on Wilshire and then in Westwood while I completed UCLA. He doesn’t put in the landing on the moon that took place right around the time of his film. In many ways this positive attitude in Americans goes counter to his fading, drunk cowboy star Rick Dalton (played by DeCaprio) and his stuntman and all-around helper Cliff (played by Pitt).

The director at this mid-50s point in his career is exploring the the events of time and our understanding of history. He places his characters at the center of these grand historical moments in time and watches them interact with the great characters in history. This technique is close to that particular literary niche-genre invented by EL Docotrow (1931 – 2015) one of the great novelists of the 20th century. It is the Doctorow technique of inserting his characters into important events of the past. 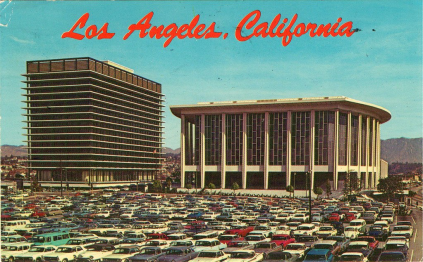 Here, his characters are inserted into an important event in the year 1969 that all America knew about and discussed. There were actually two great events of that year that all remembered: the landing on the moor and the Manson murders. These two events would stay in the minds of Americans for years. Forever really.

Tarantino, inserts his characters into the past around an event everyone is familiar with. But his characters change the outcome of the event. In effect, they become the heros they are no longer able to achieve as movies leave them behind. Their heroic act at the end of the film, changes not the charcters in the film so much. Both Dalton and Rick have changed little during the course of the film. No, Tarantino is out for much more than just character change during the later stages of his film career. He is interested in changing the events of history.

In the end, we are reminded that the words “Once upon a time” always begin a fairytale. And in the end, this is what Tarantino has told us. Not a period piece surrounding a horrible event we all remember. But rather a fairytale. Something that many would have liked to see happen. But didn’t in the real history of the world. But can, in our fairytales. 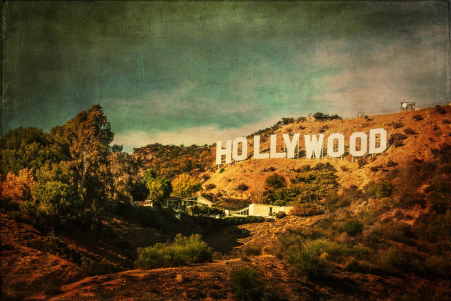 2 thoughts on “Once Upon A Time in Hollywood”