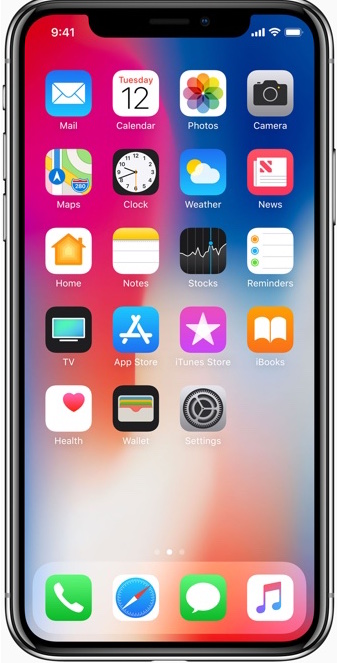 If one would analyze the finer battles of a life, they would surely find periods of relative calm sailing (through life) so to speak. And then other periods, of tough seas and decisions that had to be made.

Many define the above in intellectual terms. It is a matter of one’s confusion in politics. Does one have a passion for either of the main parties today? Or, is the passion gone from the party system today. A passion still floating about like some form of a ghost, trying to find a home in a newly disrupted life.

Others (an older demographic) define the decisions with things like health and medical that come and go in one’s life. Of course these decisions are important.

And then there are people like me in society. Those who have pretty much given up on the back-and-forth ping-pong dynamics of the Republican and Democratic Parties. I’ve had to take attention off this back and forth battle and somehow attempt to rise above it and see the battle from a different (higher) perspective.

For that group out there like me who have given up on most popular rages of culture. Who see something different. In a different way. Baby Boomers for the most part.

My life is strange in these times. Like most of our lives I would imagine.

Even Hollywood has a hard time keeping up with the things happening in the nation.

And even if it keeps up with things happening today, will Hollywood ever regain it’s importance in the world after the autumn 2017 events that rocked Hollywood?

The image and question have a true importance in my mind and memory as I grew up in Los Angeles and remember another Hollywood.

For those cynics (like me) who have given up making decisions on politics today. And prefer to make bit decisions based around other things of culture. Not politics, but technology.

I think this describes me better than most other attempts today.

I seemed to be a consumer of technology in the absence of my willingness to join one of the two sides in the grad debate of politics.

As a consumer of technology (as was my father in his buying the most sophisticated early stereo systems) I was always interested in the latest technology. I had a recording studio and recorded many original pieces of music. I had a small film studio and posted many things to  our website. I have this current website MidnightOil Studios dot Org I continue to post to.

So, for some of us, the most important decisions come not between political regimes or ideas or medical questions but rather between new ideas of a technology.

I’ve used the iPhone 7 since getting it at the AT&T store in Rancho Mirage at the River shopping area. It was there I got this little device called an Apple iPhone 7 that I love so much, that has been with me every second of every day for the past two years of my contract term with her. She has a few quirks but I know them and know how to correct them. Do I want to get rid of her for a newer model? Nice guy I am. Getting rid of my faithful companion for the past two years. This is a huge thing.

And so, things come down to perhaps the most important decision I will make in a few years. No, not whether or not to put relatives into a nursing home or have some group like the Angels visit them at home. Rather it is whether to buy a new iPhone X or 8 Plus. I have an iPhone 7 and my contract is up this month so I can upgrade for fifteen dollars a month or ten dollars a month to get an X or 8 Plus iPhone.

I go into an AT&T store as my iPhone contract is with AT&T. They show me both phones. The 8 Plus looks exactly like my old iPhone 7. But the X is different with a full screen extending to all sides of the top of the phone. The resolution is incredible. The light comes not from the old LEDs but a new technology (I’ll remember in a second). There are dual cameras on the back of both of the new iPhones and both have image stabilization but only the X has “dual” stabilization of cameras. (Whatever this means)

The comparisons can be lined up against each other and debated by potential buyers.

Yet the number X still symbolizes the great (elite) brand in the world today. Apple and its iPhone X.

It warrants the front table when one goes into a Best store in early November 2017. Front and center from everything else in the store. 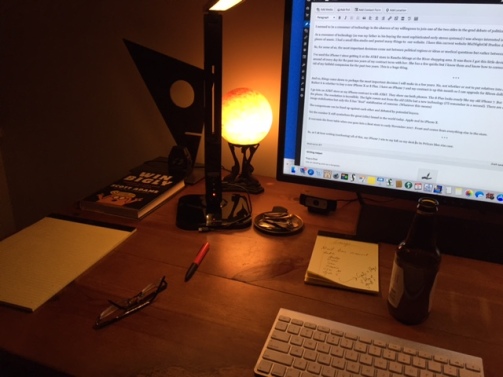 So, as I sit here writing (confessing) all of this, my iPhone 7 sits to my left on my desk in its Pelican blue rim case. (Well, not in the photo above as I’m using the 7 to take the above photo). But think of it as sitting to the right of the red pen and my glasses on the desk.

Here I am in 2017 trying to decide whether I need to get rid of iPhone 7 for iPhone 8 Plus or X. I’m reminded of those people who would come into my father’s old car dealerships in Pasadena and Culver City.I used to hang around his car-lots. Many of his salesmen were also trying to break into the B film business of Hollywood at the time.

Yes, it is almost like this in chosing whether one wants to trade up to the latest version of the Apple iPhone.

Does one sell out to Apple if they go for the new X?

And, if so, what are the consequences of selling out to Apple?

I’m in the middle of a huge brandstorm with the Apple iPhones.

For just a few bucks extra to my contract with AT&T, I can have a new iPhone 8 Plus or X.

Do the new phones warrant a switch?

This topic was on my mind in early November more than anything else. More even than the fate of the Buckeyes against Michigan State. More than taking political sides. It is a decision of giving up the technology one feels comfortable with for a new technology.

This seems like a simple matter. Yet its consequences are immense.

I hold my iPhone 7 as I write this. Like I’ve held it more than anything I’ve ever held in life.

You don’t easily give up something you love so much like this. Just like you don’t give up your first car that you have loved so much.

I remember the people who came into my father’s car dealerships in the 50s. They always seemed to be giving up something they loved so much. A faithful car that they wanted to trade for the latest version of a later genre of this thing known as car.

A lot of those guys that kicked tires of the cars of the 50s and 60s now kick the “tires” of the iPhone 8 Plus and the iPhone X.

I symbolically “kick” the tires of my iPhone 7. I accessed trading in the iPhone 7 for a new iPhone 8 Plus or X.

Those who would choose technology alone would of course chose the new products from Apple.

Yet, Apple has always been attempting to understand where it truly located in the real world and the ideal world.

I (symbolically) kick the old “tires” of my iPhone 7.

They seem sound to me. No need for a change at this time.

I decide to stay with my old iPhone 7 rather than upgrade to the new iPhone 8Plus or X.