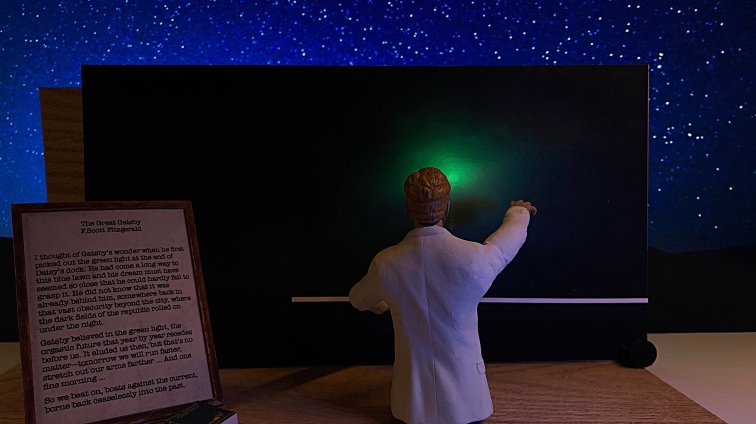 Last scene of The Great Gatsby. Jay Gatsby stands on his dock reaching out for the green light on Daisy’s dock across the bay. Behind the screen in front of Gatsby green light simulated by using a Litra cube with green filter and diffuser on it. The Litra cube sits on top of a NanoCube from PseuSound that is playing the original version of Gershwin’s Rhapsody in Blue.

Behind The Greenlight Screen

The Great Gatsby was published in 1925 and Rhapsody in Blue version by Gershwin in 1924. More than likely, Fitzgerald was listening to Gershwin’s music when composing his famous novel. Play the music below to get the effect of the light and music of the Green Light diorama.