We look so intently for things in our Western culture. We use analysis and focus on something. Yet, we fail to see the grander world outside of things controlling our lives. Most of the time, this outside force is controlling in an invisible way the populace of a nation. Creating a grand narrative for its political power.

The purpose of this government narrative was to continue to become more and more invisible to the people of the nation. The government narrative would work best when it was not seen at all and the battle was always focused on the two battling political parties. The government was in the business of stoking the fires of the two-party political debate. If this didn’t work, they always have their own narrative as the powerful unseen force in American history. Yet, when the government has to come forward and reveal their narrative, they might be close to extinction in that particular modern democracy.

For this is one of the grand goals of modern political power: to make its exercise and influence close to invisible to the people. This is the key to modern democratic political power. It is the goal of a government to create two-dueling political narratives in society and culture and then stay out of things. Watch the events unfold from perhaps some seat in the “stands” overlooking the two-party political fight today.

In all of this, we fail to see those grand numbers controlling our lives. America is taught to think in the dualities of two and hence the entire 24/7 cable news industry and Internet blogs. Yet, might there be the possibility of a third point in the American political system? Another point that would force us to think more in the shape of a three-dimensional pyramid rather than a two-dimensional line with opposite sides? Force Americans to take a more Eastern view of politics. 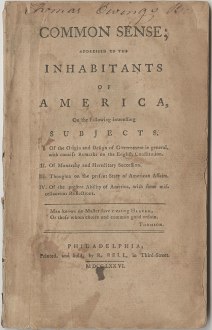 Considering the nation in this way links back to a few months before the American Revolution with a propaganda pamphlet called Common Sense by Thomas Paine published in Febrauary 1776, a few months before the Revolution. In the first paragraph of the pamphlet, Paine distinguishes between society and government. The real conflict is not between parties but soceity and government as expressed in the first lines of the pamphlet:

“SOME writers have so confounded society with government, as to leave little or no distinction between them; whereas they are not only different, but have different origins. Society is produced by our wants, and government by our wickedness; the former promotes our happiness positively by uniting our affections, the latter negatively by restraining our vices. The one encourages intercourse, the other creates distinctions. The first is a patron, the last a punisher.”

It is appropriate to bring up this almost invisible third political narrative of the government that acts almost as a type of medium, controlling the effect and dynamics of the narratives of the two political parties. It has much greater power as a medium controlled content rather than more content competing for power in someone else’s medium.

This unseen government has been labeled the “Deep State.” It certainly has a deepness and continuity greater than the brief events of society. Political administrations come and go but not much changes after all the shouting and elections. Things are always at battle again between the two parties. Today, this two-party battle is all consuming. In all of this, that third-party narrator, the government, sits back very happy watching things.

These days, in the era of Fake News the government is more invisible than ever. In all this, some deeds done by the government are on deck for consideration. Just two weeks before a midterm election that could stop investigation into the government. Let it return into the ether of invisibility as before. One party might regain the House. This will institute a new wave in the battles between the two parties in America.

And, all the time, the government always sitting above the battle. Never engaged in it. Never even seen or suspected. This is the grandest modern democratic power. Fostering battles rather than entering them. 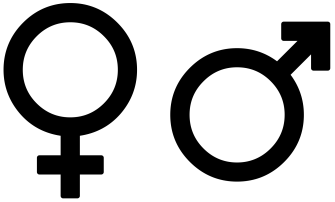 There is never just one political narrative for a nation unless the nation is run by a dictator. In democratic nations, the narratives of two or more parties compete for dominance. In America, the competition has been between two narratives with occasional glimmers of third-party narratives. As we’ve argued, the two-party narrative represents the symbolism of the paradoxical symbols of America’s founding of the ideals of Equality and Freedom. In other nations, more symbols compete for political power. Yet, the competition in America has always been the greatest since it has been between the two grand symbols of Equality and Freedom, both having correspondence to the Feminine and Masculine Archetypes in the world.

The competition for dominance of political narratives might very well describe true American history more than any of the other methods. Of course, no one has ever considered writing this particular history of America. Most likely they haven’t considered this because it reveals too much of the grand trickery used to tell the mythological story of the nation.

While most believe that America has this two-prong opposition in political narratives, it is just possible that there might be the participation of three political narratives in the American system. The three-point opposition system of American politics finds three narratives competing for political power in America: the narrative of the Republican/Conservative party representing the Masculine archetypes of Freedom, Individuality, Nationalism, Borders against the narrative of the Democrat/Liberal party representing the Feminine archetypes of Equality, Community, Globalism and No Borders.

Yet there is also the narrative of the government as a third narrative in creating political power in America. Perhaps the greatest power of modern democratic governments like America is that the governments encourages constant battle within a party system. In this sense, power in modern democratic governments is one involving the soft power of distraction rather than the hard power of government force. In effect, it is an important function of modern methods of political control to present an image of democracy. The image is all that really matters.

The image of democracy is presented to the populace of America by that third great center of American political power – the government itself.

One of the great tricks of the government has been to make citizens believe that it changes with each of the elections of the populace. So, for a period of time, it is a Republican government. Or, for a period of time, it is a Democratic government. Yet, it matters very little to the Government what Party controls the current institution of Government in DC. It is an ongoing association. Many have an interest in its perpetuation. For many, perpetuation of the Government almost equals perpetuation of the nation itself. It is the only thing consistent for them in the crazy back-and-forth of seesaw of politics. It is not an easy proposition to round up an argument against.

(From a work in progress)