On April 6, 1917, the United States formally declared war against Germany and entered World War One and the conflict in Europe. Fighting since the summer of 1914, Britain, France, and Russia welcomed news that American troops and supplies would be directed toward the Allied war effort. Under the command of Major General John J. Pershing, over two million U.S. troops served in France during the war.

Help was needed as the fight against the Germans had gone bad for the British. The allied forces had not lived up to the “hero/savior” image they entered the war with. It was a different type of war then the wars they had fought before and they were meeting a much stronger force than commanders imaged. After all, it was fought on foreign soil and in a distant land for many of the Allied troops.

And, the Germans were using new battle techniques and inventions in the war. Much of it was a surprise to the Allied commanders and they needed to learn a new way to do battle. They were at a disadvantage in this regard because the Germans had really invented this new way of doing battle. It consisted of a new type of tank system and new types of canons and artillery. But most of all it consisted of a recent invention called barbed wire and mustard gas. And, perhaps the greatest weapon of all – the German trench system that they had created in France, the western front of the war.

Over shadowing all of the fighting on the western front during WWI was probably the smaller battles fought under the general heading as the Battle of Somme. It was a time of great surprises and defeats for Allied and British troops in France. For example, prior to a major attack during the Battle of Somme, the Allies launched a week-long heavy artillery bombardment, using some 1.75 million shells, which aimed to cut the barbed wire guarding German defenses and destroy the enemy’s positions. On the morning of July 1, 11 divisions of the British 4th Army (many of them volunteer soldiers going into battle for the first time) began advancing on a 15-mile front north of the Somme. At the same time, five French divisions advanced on an eight-mile front to the south, where the German defenses were weaker.

Allied leaders had been confident the bombardment would damage German defenses enough so that their troops could easily advance. But the barbed wire remained intact in many places, and the German positions, many of which were deep underground and in trenches, were much stronger than anticipated. Along the line, German machine gun and rifle fire cut down thousands of the attacking British troops, many of them caught in no man’s land. It was fighting that no one really could envision. Certainly not the young teenage British boys who found themselves fighting within something the Germans were good at and seemed to have planned for: trench warefare.

Director Sam Mendes’ film 1917 takes place on April 6, 1917, the day America entered WWI. Soon, American soldiers would face the horror of this new type of war and learn about the terroir of German gas, barbed wire and trenches. The British had already lost thousands of troops. The film takes place during this period of time. There is something far from the look of victory on the faces that director Mendes focuses on as the eye of the camera moves through the endless tranches of the front line of the British. Tired, hallow, far-away looks, glassy eyed expressions. Almost an early version of some later film of the zombie genre.

A general greyness hangs as the light over the film. Like summer fog in San Francisco over the Avenues. The changes in weather as they were shooting the film in England and Scotland were a constant factor that tended to hold up hours of production time. As legendary cinematographer Richard Deakins notes about shooting the film in an interview, almost the entire film depends on an EXT. OUTSIDE shot and these outside shots are always subject to changes in weather and can’t be created by the artificial lights INT. INSIDE of a studio. In my opinion, it is the greatest film of Deakins and much because of the new uses that Deakins was forced to find for the camera to tell the story.

The Battle of Somme

One of the great cinematic techniques used is advanced new camera stabilization technology never used before. (See Indies Wire). It allows Mendes and Deakins to tell their story (Screenplay by Sam Mendes and Krysty Wilson-Cairns) in this new hybrid first person narrative they want to tell it in. The new Trinity stabilization technology allows the most sophisticated modern cameras to be operated in action by one person. This type of technology seems an essential part of telling the story that Mendes envisioned: a new type of camera system that could offer a personal perspective on films and perspectives. Deakins found this via the latest technology of the famous camera-maker Arri and their new system of cameras.

The other grand technique is the use of one, continuous shot throughout the length of the entire film. In other words, the camera does not cut away from the lead actors during the entire course of the film. In effect, it stays in the present moment for the entire film. This presents a time problem as the mission is 8 hours and the film is 2 hours. Mendes allows for the lost six hours by knocking his hero unconscious for an amount of time after he falls down steps inside a bombed out building after being shot by a German sniper. He awakes to a woman tending him and presumably has been out to make up this lost piece of time. 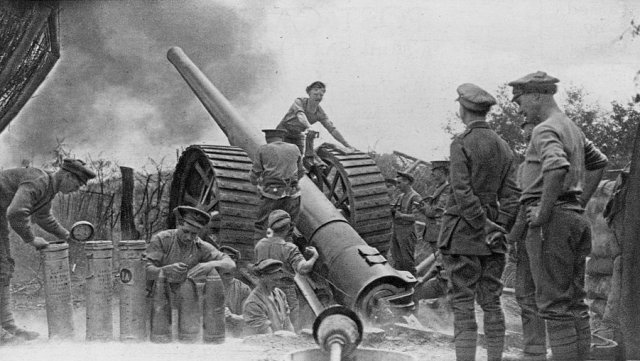 There have been a number of powerful films and books about war and each of our major wars have brought forward a particular work. There is the famous civil war novel The Red Badge of Courage or the Vietnam film Apocalypse Now or Vietnam novels Dispatches and Going After Caccioto. Or, the hard-hitting story about the Afghanistan ware in Yellowbird.

But perhaps the greatest war novel is All Quiet on the Western Front.  It is certainly the great novel if WWI, interestingly, from a German perspective by novelists and veteran of the war Erich Maria Remarque. The novel takes place in the trenches and 1917 certainly seems like the film version of All Quiet on the Western Front. The book describes the Germain soldiers’ physical and mental stress during the war, their detachment from civilian life felt by many of these soldiers upon returning home from the front. The novel was first published in November and December 1928 in the German newspaper Vossische Zeitung and in book form in late January 1929.

The Great Novel About the WWI Trenches

The camera follows the two heroes without cutting away so that one is given a new type of immersive experience seldom experienced in a film. It is a linear journey where the audience is with the heroes like a police bodycam. The entire movie is in real time broken only during the time the hero has been knocked unconscious. The one-shot sequence is something that director Sam Mendes does not like to talk about alot in fear of being called simply a gimmick. Yet this “gimmick” provides a new perspective on war never seen before. It is not war from many different perspectives but just one perspective, the solider in the field. It’s reluctance to move away from this soldier results in telling a personal story of the horrors of war that is perhaps the greatest over filmed.

Read All Quiet on the Western Front and the screenplay for 1917 at screenplay.

Behind the Scenes Shooting 1917 with Sam Mendes and Richard Deakins