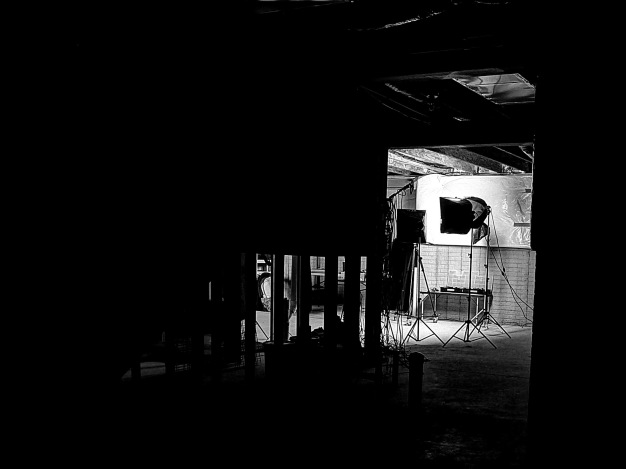 Writing what is an exciting political novel now called The Magic Light (Originally titled The Magic Lantern). Perhaps will try to make it into a screenplay. But now, need to write with more the freedom the novel style provides. Perhaps later, work it into a screenplay. The problem is with stopping the creative process to figure out things that can represent the internal dialogue of the hero if you’re working on a screenplay. It always has to come as Voice Over (VO) in screenplays but can be a natural part of the character in novels. One set-off by the voice of some floating strange ghost of the hero called VO trying to explain his or her thoughts. In novels, you don’t have to set off these thoughts in the VO of some separate “character” in a screenplay. In novels, your hero can possess a somewhat natural internal life. Created just through the art of words. In screenplays, this internal needs translation to the visual world.

An internal life is not allowed in screenplays. The internal hero in novels is represented by nothing more than just a number of words. Yet, in a screenplay this internal world has to be symbolized by external objects: dialogue, actions and settings in screenplays. The place. The period. The time of day. The season of the year. The more symbolic correspondence there is between internal and external, the more synchronicities and matching of the outside world with the weather of the internal world, the more (it seems to me) that all mankind is in a desired for alignment of sorts. The alignment of the inside and outside happens in the non-linear time of the moment. Yet, drama is based on the opposition symbols at the beginning and the ending of a narrative.

I’ve noted for a long time (in my “Symbology” articles in Script Magazine and our books on symbolism such as Battle of Symbols) the best way to visualize a screenplay is symbolically. And, the best way to symbolically visualize a screenplay is to see it in the shape of a cross. In effect, the cross has never symbolized religion as much as the intersection of two ideas of time. There is the non-linear idea of time. And, there is the linear idea of time. The cross symbolizes an intersection between the two lines, the horizontal and the vertical lines. The horizontal line of the cross represents linear time and the hero’s movement from the beginning to end of the narrative. From Act I and Act II to Act III. And, the vertical line of the cross represents non-linear time. This is the place where Jung’s synchronicities happen. Where psychic phenomena roams about the cultural landscape. This time called now or present time has the stillness and quietness of non-movement in the great cycle of linear time. More the place of the Buddha or Yoga, the eastern cultures of the world versus the grand horizontal, linear movement of the western cultures.

Hollywood screenwriting calls the dramatic movement between opposition symbols “character arc” or the change that the hero goes through from the beginning to the ending of a story. Usually, you find something about character arc buried pretty deeply in the texts of the Hollywood screenwriting gurus. Yet it is the defining idea for creating the drama of stories. That is, the horizontal, linear movement between opposition symbols.

To be most dramatic, I suggest this character arc should move between these symbolic opposites. To be most symbolic, I suggest there should be an alignment on the vertical line of the cross that moves from left to right during the course of a story. The vertical aligns the outer to the inner world in its dramatic movement between opposition symbols. A great screenplay has movement of a symbol and the beginning of a story to its opposite at the end of the story. And, during the movement of this symbol through time, the better the outside world comes within an alignment with the internal world, the more the drama of the hero through linear time will be believable in the story. Relatable to others.

The novel progresses. It has again become that piece of art one falls in love with creating. The concern is never that it will become anything in the outside world. Only that it presented a particular experience to the author that he will always be grateful for. In experience in that time called the non-linear present. It is really the experience in this present world created by a novel in progress, a screenplay in progress, that a new type of life might be lived.

Creating a work of art is the ultimate reward of the the artist’s efforts. Simply the creation of something in the world no matter how it is valued in the world by others. The only yardstick should be no more than the judgement the artist places on the experience of creating the work of art. The novel in this case.

It is a private matter really. Just between the artist and his or her work of art. A painting. A sculpture. A piece of music. A film. A novel. A short story. A screenplay. A photograph.

The final piece of art represents a present object in the external world. Yet it represents the result of such internal battle over a period of time.