Music equipment is slowly overtaking my home office as my writing efforts give way to the music muse. Writing a few short works as well as a screenplay. Madly trying to finish this final screenplay. I had lost count but probably completed about ten screenplays.

But the music muse was coming back into my life as I spent more and more time in the basement of our new home taking the old equipment out of the boxes and plugging it in. The first thing was to get rid of maybe the fifteen digital instruments I had collected over the years. Exotic pieces like the beautiful, pink, brushed metal Korg Electribe with the tube inside of it.

I started thinking maybe I should get a good piano and got one of the latest from Korg.

In the next month, I ended up trading all the old music equipment I had in storage for the past three years (while I was in the desert) to one of the two music stores or a nearby used music store. I got a new Korg keyboard, Korg Minilogue polyphonic synthesizer and a Kaossilator Pro. All hooked into a 24-track studio.

It’s impossible to put a number on the greatest amount of sounds one can make from this equipment.

Don’t forget the bunch of Apps or computer programs like Reason. I started out with an early version of Reason but went away from computer music.  The electronic musical “toys” that Korg came out with were things you looked forward to each year. Hardware was more “shiny” for me than it was for others at the time. Reflecting back on this, an advantage yet at the same time a disadvantage.

After finishing and getting the screenplay off to just one (I think) contest, my interest in all of this stuff I’d put my focus to for the past few years, seemed disintegrating like smoke drifting skyward in front of me.

Exploring a new concept of adding modern music to classics of the rock and jazz genres. I grew up playing a number of instruments in a number of high and college bands. Looping interesting studio tracks on the Tascam. Can’t tell you much more than than other than that these first two tracks I’ve looped as two Songs on the Tascam rather than try to put them together on the same track. I decided to separate them.

One of the songs is a looping phrase of one of the most  famous jazz phrases. I was more than familiar with the piece and heard it most of those years in Berkeley and the East Bay in the late 70s. It is a famous jazz phrase to those of the 60s and 70s jazz fans.

The other piece we’ve done so far is another single track I got from  a phrase that started a song I heard as the “bumper” music on Coast-to-Coast late night radio. I immediately downloaded it into my computer. I think it is one of the most powerful pieces of rock I have ever heard. How could I have passed through that particular year without hearing it?

The idea is that the pieces brought in as First Tracts like the two I have in mind. As singers of old and long gone are matched up with modern singers, so perhaps the most well-remembered musical phrases of the past of a particular generation. Why not bring this old powerful, music of a past generation, back into the present to interface with a sole music maker of today.

Now is perhaps time to process the sounds we have through that little monster piece of musical equipment called the Korg polyphonic synthesizer or the Kross Keyboard or the Kassillator Pro or the Alesis Drum Machine or all the Apps that interface with sounds (samples?) you might want to take and use in some piece of music that you are creating. Of course it’s called sampling but how can it ever be considered a crime with almost everyone is doing it in some way or another. The creation of an original sound, emanating directly from a particular person. The social mass media cut-off miraculously from all this.

I know because I’ve listened to the music of Coltrane and Tyner a long time ago. As that great jazz album says, a milestone in my life hearing their music.

So, in a way, the music of Trane and Tyner mixed somewhere in the sounds the musician is trying to make with his equipment. Certainly the old master recorder of his age, Rudy Van Gelder, was a type of folk hero of mine. The guy who had gotten down to records the key music of a particular time and from a particular group of musicians. Is this type of person out there today? And who cares if this person is out there? A new type of Bob Dylan for a later time in the life of that generation that really discovered, for the first time, the music of John Coltrane and great rock bands. 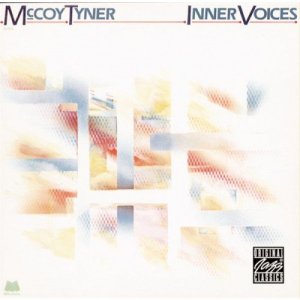 A particular person is thinking about all of this – above – walking down some street out of a Harry Potter movie. (Yes, you’re some character in some updated Italo Calvino novel). So far an interesting but-still developing story. A story that doesn’t end when the music ends. A melody, a rhythm, a melody that keeps on going in one’s mind and heart, harder to get rid of than a jingle on an old Saturday morning cartoon show of the 50s.

So, this is what it was like for me (or the fictional character me) in a developing story that sacrifices reality for drama. The drama of a new music being created by me (or a he/she? character) playing his/her music against sampled music from his/her old music heroes. Key phrases of music from a time in history. Music phrases that defined a time for a generation.

Those from a particular generation all  knew. Not by being members of any race or class. Rather, just by living in that same moment of time. This certainly was a commonality. An equality amongst them. Time was either broken into an infinite number of pieces or something that brought all the distant pieces of a generation together to share common events of their time in history.

The bondage to a particular time that one lives one’s life.

The era (our era, or period of history the future “Monday Morning” historian-philosophers look back on and define with a few smirks perhaps,

Phrases and images and things in life that somehow get stuck to a particular time in your life like that Juicy Fruit gum used to stick to shoes on hot summer days.

He has had a small office in his home and the first few months they lived in the house he worked intensely on finishing a screenplay and nothing else.  music studio in his office at his home. The latest musical technology. He has sold or traded his old equipment in. It was in storage anyway for at least three years. He narrowed the number of instruments he had down to three. Everything was hooked into the Tascam studio and some interesting tracks put down.

Perhaps he/she has acted on this idea above and set up a studio and is sending these sounds out to his/her network.

A business is perhaps born.

Or at least an idea for one.

Singing Duo Albums – A famous singer who has passed away is matched up through modern recording magic and sing’s a duo with the old star.

Our variation on this old idea.

A famous phrase of music is sampled and serves as the key melody and rhythm the song is based around.

Then, a sole musician plays music against the sampled phrase of music.

It has been a number of months that the music muse has taken hold. Recorded a number of original pieces. Now,  just recorded my fourth piece of music using the new equipment. there is that slight tinge I feel after a few months. It’s a familiar feeling. A return of the writing muse and the desire to write again: to put some type of story to this new exploration of music.

We’ll post the tracks we’ve recorded on this site soon.

There’s a story behind everything that involves aliens.

But it’s a good, dramatic story. More than half believable.