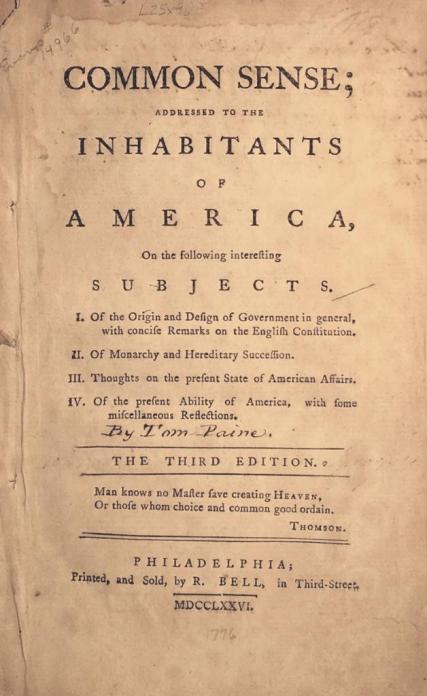 Review of Propaganda and the American Revolution

WILLIAM COLGATE Weston, Ontario. •Propaganda and the American Revolution. By PHILIP DAVIDSON. Chapel Hill, N.C.: The University of North Carolina Press. 1941. Pp. xvi, 460. ($4.00) This book is an excellent illustration of the extent to which the approach to the historical past is in itself the product of the culture in which the historian lives and works. A hundred years ago, or even fifty years ago, no self-respecting historian in the United States would have dared to intimate that the American Revolution was the work of a minority, who deliberately resorted to an elaborate and highly refined technique in order to create the necessary unity of purpose which made revolution possible. Today, however, the evidence of the concerted effort, the skill, and the sophistication of technique of Sam Adams and his fellows will be accepted, with some reservations, as a matter of course by most historians. There are perhaps two reasons why this is so. First, within the last thirty years, nearly all the animus has died out of the American historian’s approach to the Revolution. Hence, the implication of ulterior motive carried by the word “propaganda,” i.e. that the arguments were advanced for a purpose, and not because of any intrinsic validity, can now be offered without too gross an affront to patriotic susceptibilities. Second, since the World War, the role of propaganda as an instrument of control in great social movements has now been so thoroughly popularized by social psychologists that it has permeated all the social sciences. Dr. Davidson’s approach to his subject is, in fact, directly modelled upon the conceptual apparatus of a social psychologist, to be found in Harold Lasswell’s Propaganda Techniques in the World War. We are informed that the propagandist “has four major aims: (1) to justify the course he advocates;(2) to demonstrate the advantages of victory; (3) to arouse hatred for the enemy; (4) to neutralize inconvenient suggestions.” Around these categories, the propaganda of the Revolution is then organized. The constitutional arguments of Dickinson, Hopkins, Jefferson, etc., are the “justification” for revolt. The threat of unlimited taxation and the menace of “Popery” demonstrate negatively the advantages of victory. Of particular interest in this connection is the way in which Sam Adams and his fellows distorted Britain’s extension of religious liberty in Canada into a conspiracy to fix Catholicism upon the Americas. Britain’s permission, granted in 1770, to Catholic missionaries to go to Nova Scotia was denounced as one of the Rwwwws oF BooKs 203 most “daring Violations of Law, and attacks upon the PROTESTANT RELIGION which have disgraced the Annals of the Present Reign.” The Quebec Act was attacked in the same fashion. One writer labelled it a Catholic conspiracy” to cut off all the liberties of the rest of the colonies.” Propaganda of this kind, incidentally, could hardly fail to alienate certain Canadian groups; and it may be regarded as one explanation of why the drive to ally Canada on the rebel side failed so completely. An excellent chapter deals with the symbol structure which changed affection for monarchy and the British crown into hatred for kings and for George III. In 1764, propaganda spared the King directly, and attacked rather the ministers who carried out state policy. Thus in 1764, a rude poet enquired: “When dunce on dunce successive rules our state, Who can’t love a Pitt, and who a Grenville hate?” This was moderate enough, but by 1776, George III was himself a “thief,” and a “murderer”; and his soldiers were “hirelings,” “procurers,” and “butchers.” Americans could now listen with complacency as Paine poured ridicule and vitriol upon the head of the King, the crown, and the constitution of monarchy in general. If this book has any serious difficulty, it lies in the tacit assumption that all aspects of revolutionary thought and ideology have no real validity except as instruments of persuasion. This attitude leads directly into an extreme sceptical relativism, in which all values and ideas are regarded as mere tools in the hands of self-conscious conspirators. This in turn establishes a simple “conspiracy theory” of the Revolution, and that is in fact the position which this study adopts.

The Art of Noise