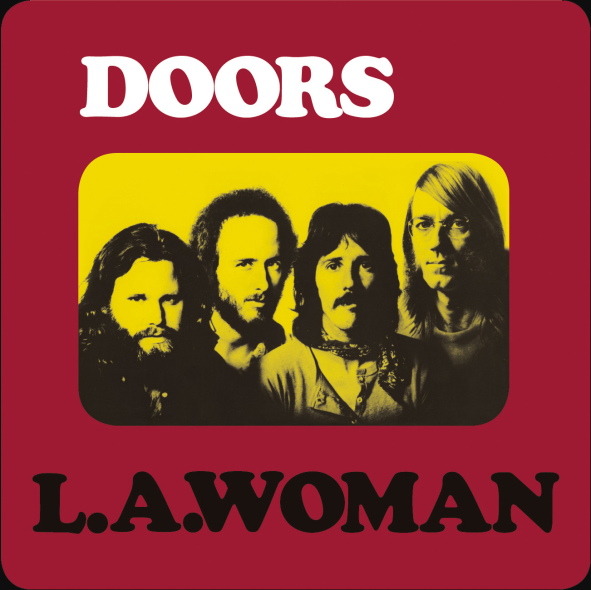 Maybe the song is one of my favorites because I grew up in the LA of the 50s and went to school in LA in the late 60s.

My father ran a car dealership in the 50s when we lived out there. In the late 60s, I returned to LA to go to high school school, college and law school.

Now, the first week in August of 2019, the collective nostalgia of the nation is focused on the year 1969 (and also the early years of the 70s) in LA via Tarantino’s latest (many say) greatest film, his masterpiece. We saw it when it was first released wide in late July. The film is Once Upon A Time in Hollywood. One should remeber the Manson murders to fully appreciate it. Living in LA at the time also helps.

Although the Doors LA Woman album was recorded in 1971, it best represents the music of this late 60s and and much of the 70s a period in my life. It defines the year 1969 well for me. The album was released just a few months before I graduated from UCLA. The song always echos in my mind is “LA Woman.” Off the album LA Woman album, Morrison’s last album before his unexpected death. The band’s sixth studio album. For this reason alone, it needs to be a crucial album in their history and certainly crucial event in Jim Morrison’s life.

So, somewhat natural that I might attempt to sample part of this album and mix it with the my electronic instruments. Anyway, I’ve got a great track with Morrison’s voice mixed into the background so that the brilliant two-person rhythm section takes over. 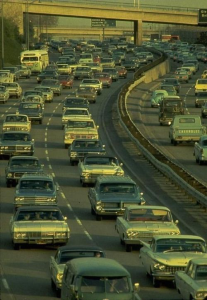 In the cut from the album we’re using to create a song from my sample, I take the length of the original “LA Woman” on the album at 7:49 seconds cut it to a 3:15 track of music. I  also equalize out Morrison’s voice to the point it can still be heard but only faintly, it a distant background. No longer as the front man of the band. Here, the powerful instrument section composed of just two people take lead of the band. Morrison’s voice in the background through mixing it out on our music software. No longer up front for the band. (Those that want to hear it can always download it in a few seconds). There’s a lot of interesting things about the Doors at the time they released “LA Woman.” The music – to me – reflecting back, possesses some type of pre-cognition to it for me. The future of the group is almost foretold with the intensity of the music on the album.

I’ve recorded the sampled track above onto a track on the Tascam 24-SD. I play around with mixing it with the Korg Minilogue or Kross 2 or Electric or Kaossilator. Or the MiniNova. A number of questions. But I’m very happy with the 3:15 minute track. 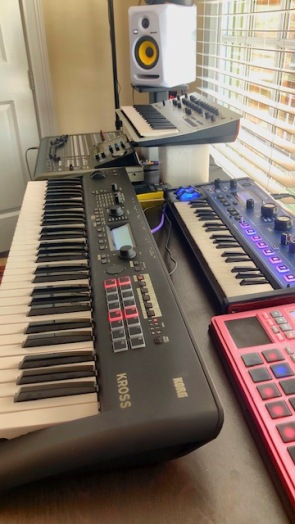 Can anyone ever add to this song?

Should they apologize for even sampling it in the first place?

My excuse is that it would be nice to make a part of a great album available to perhaps a new audience. But the question lingers in my mind. Can anyone add anything to this piece of music? And, should they even consider this in the first place?

Listen to the video of the above on my FaceBook page. Track one of a piece I’m creating. Using some of Korg’s top electronic instruments right now. Still, is there anything to be added to this incredible recording? Not all members of the Doors on this but rather some of LA’s finest session people.

The Lyrics of “LA Woman” are posted below. Not that they are not important lyrics. It’s just the rhythim section of the Doors (with their session musicians) is so powerful on this cut. Is it even worth the effort in the first place?