Sometimes the march of history momentarily stops it’s logical, methodical plodding into the future, history’s combat troops plodding through thick mud. Sometimes it exhibits the symbolism of attraction rather than repulsion. Four events attracted to one month in 1969 offer an example of this.

The ideas in this piece are partly the result of that ancient idea, philosophy and science of attraction rather than its opposite of repulsion. In our modern culture, defined so much by the dominating symbol of repulsion, examining its opposite of attraction places the particular explorer on a lonely road.  Often, even a dangerous one in respect to that permeating force of modern life and politics.

The force of attraction threatens those in control. Not the temporary administrations, briefly holding the reigns of power. Rather, the on-going administration related to what some term “the deep state.” From a symbolic perspective, it plays on the symbolism of under and not just six feet under but “deep” under. Something “deep” and existing under the trials and tribulations of our surface world of everyday news and politics.

History and its authors, called historians, might be termed the keepers of the official record of the relationship of mankind to the world. It is within that genre of writing they practice that one might call “the writing of history.” They have been designated as the official biographers (or auto-biographers) for all of us. Defining how we have lived our lives in our times. Defining how all humanity has lived from the beginning of human history.

Yet, for me, a history major from UCLA, it seems that few historians are interested in not just keeping a record but of also examining this record. For instance, it seems to me that there has never existed within the serious academic ranks of the university system to create a history based around the events confined to a relatively short content of time.

In my past writings on symbolism, I’ve written about famous works of art and literature being created within a short (confined) time. In the current paper, I will examine the coming together of an incredible four events within one month of 1969 that defined a new era for American youth.

Many praise Tarantino’s look back to one event in this month in his latest film Once Upon A Time in Hollywood(August 2019).

Symbolically, the power of the film is based upon an attraction for members of a generation around the four events in one month of 1969. What were you doing in August in July and August of 1969? I know that my brother and I were repairing fence and living with a ranch family in central California. (I lost 30 pounds that summer).

Tonight, Jane Fonda posted a sweet remembrance of her brother Peter Fonda who died today. Remembered by an entire generation as the creator and star of the film Easy Rider. It was Easy Rider that announced the beginning of this magical month tossing bombs in the slow, methodical plodding of normal linear time in life. So, what could be better in breaking up this perception of one’s life than showing American teens a non-linear journey across the America of 1969. With Peter Fonda and Dennis Hopper. It was a type of documentary history as much as a fictional film. But it seemed to me the type of history I could write rather than have others write it for me. It was a modern “go west young man” symbol reincarnation, a story about exploring much in the exploring America vein of the times evident in the TV series Route 66

The film Easy Riderboth begins and also defines this supernatural month in 1969.

The Baby-Boom generation and perhaps the key events in their history in this particular month, might be termed an example of the symbolism of attraction rather than repulsion.

Four events are attracted together in one month of 1969. 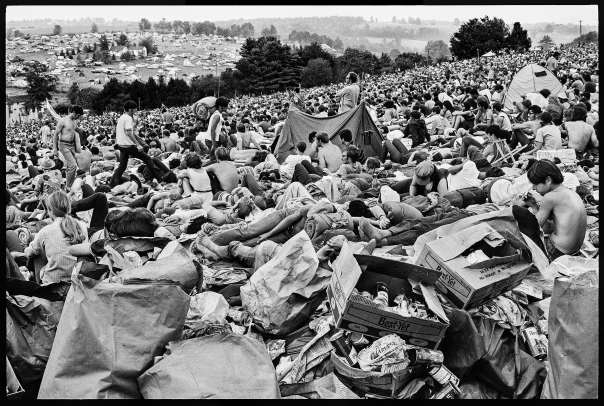 Will western history ever be interested in investigating the context of events as much as the linear march of content. This month in 1969. Other generations have their own year. Perhaps their own day. The Baby-Boom generation has this particular month branded into all of their memory.

Perhaps it was this month and year (more than the genius of Tarantino) that makes the recent Once Upon A Time in Hollywoodsuch a powerful film for many today. Especially like me who was living in LA as this time.

Any way. More to come. For now.

RIP Peter. Your passing is not about an ending but rather it is about a new beginning. This new beginning for this generation begins with four events in 1969.

Easy Rider is a 1969 American independent road drama film written by Peter Fonda, Dennis Hopper, and Terry Southern, produced by Fonda, and directed by Hopper. Fonda and Hopper played two bikers who travel through the American Southwest and South carrying the proceeds from a cocaine deal. The success of Easy Rider helped spark the New Hollywood era of filmmaking during the early 1970s.

A landmark counterculture film, and a “touchstone for a generation” that “captured the national imagination,” Easy Rider explores the societal landscape, issues, and tensions in the United States during the 1960s, such as the rise of the hippie movement, drug use, and communal lifestyle.[3][4] Real drugs were used in scenes showing the use of marijuana and other substances.[5]

Easy Rider was released by Columbia Pictures on July 14, 1969, grossing $60 million worldwide from a filming budget of no more than $400,000.[1][2] Critics have praised the performances, directing, writing, soundtrack, visuals, and atmosphere. The film was added to the Library of Congress National Film Registry in 1998.

Apollo 11 was the spaceflight that first landed humans on the Moon. Commander Neil Armstrong and lunar module pilot Buzz Aldrin formed the American crew that landed the Apollo Lunar Module Eagleon July 20, 1969, at 20:17 UTC. Armstrong became the first person to step onto the lunar surface six hours and 39 minutes later on July 21 at 02:56 UTC; Aldrin joined him 19 minutes later. They spent about two and a quarter hours together outside the spacecraft, and they collected 47.5 pounds (21.5 kg) of lunar material to bring back to Earth. Command module pilot Michael Collins flew the command module Columbia alone in lunar orbit while they were on the Moon’s surface. Armstrong and Aldrin spent 21 hours 31 minutes on the lunar surface at a site they named Tranquility Base before lifting off to rejoin Columbia in lunar orbit.

The Tate murders were a mass murder, conducted by members of the Manson Family on August 8–9, 1969, of five adults, including Sharon Tate who was pregnant at the time. Four members of the Manson Family invaded the rented home of a married celebrity couple, actress Sharon Tate and director Roman Polanski at 10050 Cielo Drive in Los Angeles. They murdered Tate, who was eight-and-a-half months pregnant, along with three friends who were visiting at the time, and an 18-year-old visitor, who was slain as he was departing the home. Polanski was not present on the night of the murders, as he was working on a film in Europe.

The murders were carried out by Tex Watson, Susan Atkins, and Patricia Krenwinkel, under the direction of Charles Manson. Watson drove Atkins, Krenwinkel, and Linda Kasabian from Spahn Ranch to the residence on Cielo Drive. Manson, a would-be musician, had previously attempted to enter into a recording contract with record producer Terry Melcher, who was a previous renter (from May 1966 to January 1969) of the house along with musician Mark Lindsay and Melcher’s then-girlfriend, actress Candice Bergen. Melcher had snubbed Manson, leaving him disgruntled.

Woodstock was a music festival held August 15–18, 1969, which attracted an audience of more than 400,000.[1][2][3][4] Billed as “an Aquarian Exposition: 3 Days of Peace & Music”, it was held at Max Yasgur‘s 600-acre dairy farm in Bethel, New York,[4] 43 miles (70 km) southwest of Woodstock. It was alternatively referred to as the Bethel Rock Festival or the Aquarian Music Festival.[5] Thirty-two acts performed outdoors despite sporadic rain.[6] It has become widely regarded as a pivotal moment in popular music history, as well as the definitive nexus for the larger counterculture generation.[7][8]

The event’s significance was reinforced by a 1970 Academy Award–winning documentary film, an accompanying soundtrack album, and a Joni Mitchell–written song that became a major hit for both Crosby, Stills, Nash & Young and Matthews Southern Comfort.

Starting in 1979, music events bearing the Woodstock name have been planned for major anniversaries including the tenth, twentieth, twenty-fifth, thirtieth, fortieth, and fiftieth. In 2004, Rolling Stone listed it as number 19 of the 50 Moments That Changed the History of Rock and Roll.[9] In 2017, the festival site was listed on the National Register of Historic Places.