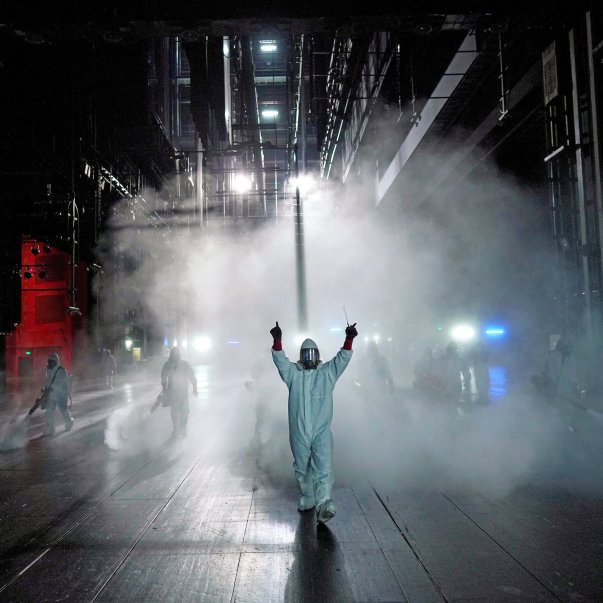 Right after 9/11, I began collecting news articles off the Internet. The data was assembled into a book titled Battle of Symbols: Global Dynamics of Advertising, Entertainment and Media. In 2003, the book was published by the Jungian pubisher Daimon Verlag (Zurich). Largely it discussed clashing global symbolism in communication media after 9/11.

On March 17 of this year, about two weeks into the lockdown brought about by the pandemic, I again begin collecting news articles from the Internet about the great pandemic sweeping the world. I was still interested in communication media during the pandemic but now the focus was on what I termed “alternative narratives” about the virus.

While both 9/11 and the Covid-19 pandemic are key events in American history, they had different after-effects on the news and media. Despite a bitterness and division in the country after the Bush’s triumph over Al Gore in the presidential election of November 2000, just a year before 9/11, there was nowhere near the “civil war” division and the “fake news” of the current outbreak of Covid-19. And too, 9/11 came at the beginning of the four-year term of a new president while the pandemic comes at the end of the four-year term of a president.

For these reasons, the pandemic created two narratives that began to battle each other on a daily basis. Originally, there was one narrative of the pandemic breaking out accidentally from the food markets in Wuhan, China. But the narrative continued to change almost on a daily basis. Most of the national media put forth one narrative while alternative narratives were put forth mostly over sites on the Internet and YouTube videos. As is the usual case, views of the alternative media were labeled “conspiracy theories” by national media and these conspiracy theorists even called “truthers” referring to the long-standing alternative narrative of 9/11.

The rise of alternative theories has garnered a cottage industry in debunking them. One of the first articles in this area to appear was “Debunking Coronavirus Trutherism” by an attorney named Frank Bednarz. It seems time for the general narrative from the national media to strike back at the alternative theories and this article does with a massive number of charts. As Bednarz writes, “There’s been a disturbing rise of coronavirus ‘trutherism’ from The Federalist, Rush Limbaugh, Brit Hume, various Fox News personalities, and other right-wing media theories.”

I collected the following articles for one month, from the middle of March 2020 to the middle of April. Of course, the narratives have continued and some of them have developed major “schools” of thought and sub-theories. They continue to battle each other on a daily basis. The alternative narratives are certainly not solely owned by conservative “coronavirus truthers” as Bednarz suggests above. They come from all areas of culture who question the standard narrative broadcast each day through countless press conferences and briefings from the “experts.” The winning narrative will be put into future history books by those who are “privileged” to write our history books. And, these future books will probably be read by fewer and fewer people.

See the above project at Alternative Narratives of the Virus.

Other posts to Midnight Oil on the pandemic are:

The Sky is Falling

Death of News & Rise of Narrative

The Virus Contains Its Own Medicine