How A Stimulus Package Works

It is a slow day in the small Saskatchewan town of Pumphandle, and streets are deserted.

A tourist visiting the area drives through town, stops at the motel, and lays a $100 bill on the desk saying he wants to inspect the rooms upstairs to pick one for the night.

As soon as he walks upstairs, the motel owner grabs the bill and runs next door to pay his debt to the butcher.

The butcher takes the $100 and runs down the street to retire his debt to the pig farmer.

The pig farmer takes the $100 and heads off to pay his bill to his supplier, the Co-op.

The guy at the Co-op takes the $100 and runs to pay his debt to the local prostitute, who has also been facing hard times and has had to offer her “services” on credit.

The hooker rushes to the hotel and pays off her room bill with the hotel owner.

The hotel proprietor then places the $100 back on the counter so the traveler will not suspect anything.

At that moment the traveler comes down the stairs, states that the rooms are not satisfactory, picks up the $100 bill and leaves.

No one produced anything. No one earned anything. However, the whole town is now out of debt and now looks to the future with a lot more optimism.

And that, ladies and gentlemen, is how a Stimulus package works! 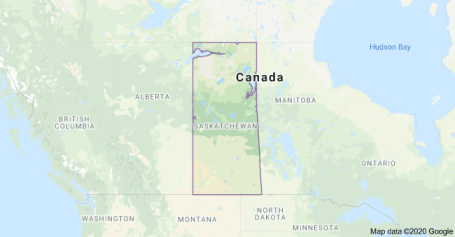 “Francis Bacon never tired of contrasting hot and cool prose. Writing in ‘methods’ or complete packages, he contrasted with writing in aphorisms, or single observations such as ‘Revenge is a kind of wild justice.’ The passive consumer wants packages, but those, he suggested, who are concerned in pursuing knowledge and in seeking causes will resort to aphorisms, just because they are incomplete and require participation in depth.” – Marshall McLuhan – Understanding Media

The short episode above is such a teaching device like some short parable of the Bible or some other great book of wisdom. I wish I can remember who sent me the above brilliant lesson in economics and life. Its’ few sentences are much wiser and real to me than the textbook theories instilled through years of formal education. One can surmise it was written by a Canadian with its Canadian setting. Leave it to the Canadians to often understand Americans better than Americans understand themselves. This was certainly the case with the great Canadian philosopher and media theorist Marshall McLuhan.

For me, the small town of Pumphandle is a symbol for much of America as it approaches the government’s stimulus package in the coming months. The economic times are not good in America just as they are not good in Pumphandle. Everyone in town (the town’s of America) owes someone money and there’ s an immediate need to pay it back. It’s important that pay off debt was the first thing Pumphandle townspeople did when they received the money.

Money is active in this time of the commonality of debt. The bad economic times for the town of Pumphandle means that money must flow through all the hands of the populace of Pumphandle. It can’t rest peacefully in savings accounts in banks or investments in the stock market. It needs to change hands between the debtors in society. That means about all of us in the post virus, government stimulus time ahead.

For the great percentage of Americans, the stimulus money will work much the same way it does in Pumphandle. It is not complicated. Yet, it is in the interest of some controlling groups today to make it seem complicated. 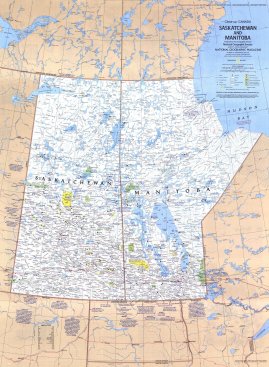 The government is the tourist in the episode above. It will come into the towns of America during the following months and it will put money into these towns and their businesses and residents. And, like the $100 bill in Pumphandle, it will travel far and amongst many hands. Perhaps even spreading in these towns as fast or even faster than the great virus that created this stimulus? The viral effect of placing money into communities. How does one track the effect of a particular amount of money placed into circulation by the government placing bills in the towns of America, the government, the tourist in the above episode.

Coming into town and placing money onto the table. The money has incredible circulation in this period of time when everyone is in debt in some way. Few economists consider the speed that money turns over in society and the percentage of payrole of american workers going to debt payment versus savings or consumer spending. When personal debt is high, money needs to be turned over to a key debtor immediately to pay off the most pressing debt. In good economic times when personal debt is lower and society as a whole is able to save and spend a greater percentage than in debtor society, money is much more peaceful and can even gain a particular perspective on things.

Prosperity might happen Pumphandle if each of the people in town are able to put some of the money away before paying off their debts to their debtors. Debtors are not necessarily a particular controlling group in Pumphandle since everyone plays the dual parts of debtor and debt collector. Just as it is with most Americans today: collecting their debt from their labor and then using this to pay for living expenses. Rentor and landlord. Management and employee.

Government and citizen. Each is owed money and, in turn, each owes money to someone else. There is no end to the cycle as the $100 bill moves through Pumphandle in the speed of the tourist at the motel exmaining the second floor of the motel.

Pumphandle is fictitious little town in the Canadian provice of Saskatchewan, the great central province of Canada. It is most likely the Kansas of Canada with its “fly over” wisdom and common sense values, ethics and morality. (The above piece had to be written by someone from Saskatchewan. Please email me at johnfraim@mac.com if you are the author of the above or know who is).

What a teaching device, though. Similar to that form of Bible parables or middle eastern story forms. Or the general teaching by stories rather than other means. The above “How A Stimulus Package Works,” offers a modern parable of the economic plight of many Americans when the nation comes back to life after the virus lockdown.

In some ways, it seems to me, money has the attributes of a virus. Perhaps the great virus we’re going through now. The above episode observes the spread and passing of this virus throughout the town of Pumphandle. At the speed of lightning here, as the tourist who owned the $100 bill is looking at a motel room on the second floor of a motel while the $100 bill transfers through the town. This impossible fast transfer of the $100 bill simply emphasizes how quickly many debts need to be repaid in American society. It is not something one can fool around with. Money comes in and is paid out immediately. The time of this episode has the impossible speed of a virus of money through a town.

Here, the transfer of the money virus much faster than the virus of the pandemic that has attacked the world. This a subliminal apect of the story’s setting or background. A background that is simply assumed rather than consciously examined. A background where money can change hands at an astronomical speed. This speed of transfer is simply assumed as the story moves through the various transferees throughout. The characters in the above episode at the Canadian motel.

How much does Pumphandle resemble America?